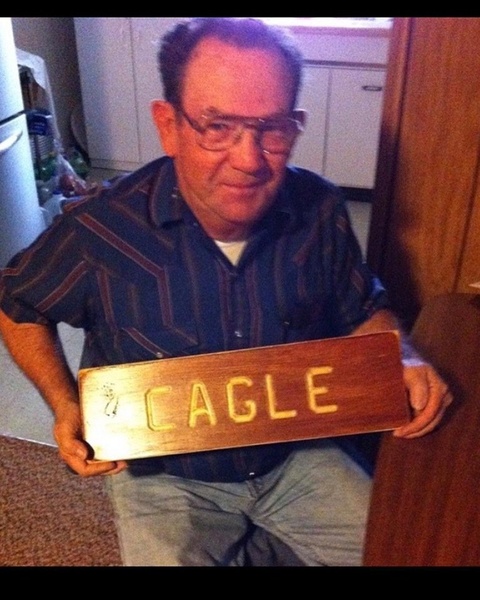 Henry Junior Cagle of Bloomfield, son of the late Henry Albert and Evelyn Jewell Walker Cagle, was born in Leora, Missouri on March 13, 1942, and passed away at the Southeast Health Center of Stoddard County in Dexter, on September 4, 2019, at the age of 77 years, 5 months and 21 days.

Junior had lived in the Bloomfield area all his life. He had worked as a teacher for 22 years at the Poplar Bluff Technical Career Center and had also been an auto mechanic, done auto body work, and was a gunsmith. He was a veteran of the U.S. Army and was a member of the American Legion. He enjoyed working on antique tractors and farm implements On April 12, 1963, he was married to Ruth Harris in Kansas City, Missouri. Surviving are his wife, Ruth Cagle of Bloomfield; one son, Duane Cagle of Wellington, Florida; two daughters, Sherri (Robert) Tomlinson of Poplar Bluff, Janet Holmes of Sikeston; six grandchildren; five great grandchildren and one step-great granddaughter; three brothers, Bill Cagle of Poplar Bluff, Charles Wayne Cagle of Bloomfield, Harold Gene Cagle of Dexter; two sisters, Laverne Fargarson of Shreveport, Louisiana and Shirley Douglas of Branson West, Missouri.

Other relatives and friends also survive. He was preceded in death by his brother, Norman Walker, two sisters, Barbara Mayhall and Gonda Buckalew; and infant brother, Clinton Cagle.

Funeral services will be held on Monday, September 9, 2019 at 11:00 am at the Chiles-Cooper Funeral Home in Bloomfield with Dr. Steve Proctor of Poplar Bluff, Missouri officiating.

Interment will follow in the West Pleasant Valley Cemetery near Bloomfield with Chiles-Cooper Funeral Home of Bloomfield in charge of arrangements.

The family request memorials be made to the charity of your choice.

To order memorial trees or send flowers to the family in memory of Junior Cagle, please visit our flower store.