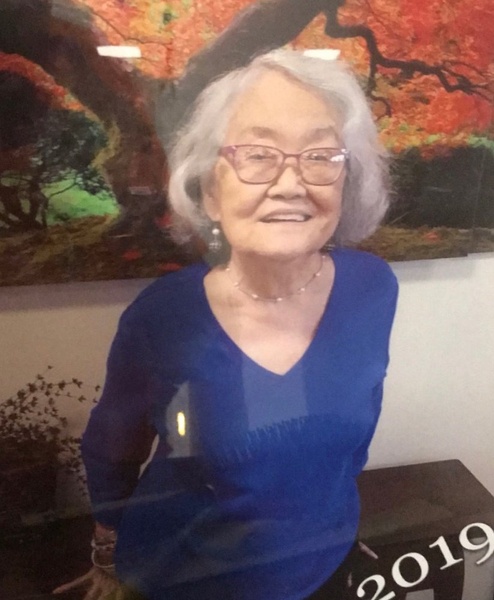 Ikuko 'Katie' Smith, of Sikeston Missouri was born to the late Yoshizo and Kimi Kikuko on August 28, 1929 in Kyoto Japan and passed away on January 10, 2021 in Sikeston Missouri. Katie has been a resident of Sikeston Missouri for the last 57 years before moving to Sikeston she lived in Calvert City Kentucky and Kyoto Japan. When she was 26 years old she met Jim Smith on the U.S. military base, Camp Otsu and on December 13, 1955 they were married. Katie is survived by her three daughters Faye (Doug) Kaiser of Sikeston Missouri, Kathleen (Herb) Yancy of Fort Pierce Florida and Elizabeth Coaley of Imperial Missouri; seven grandchildren Jacob Kaiser, Kinsey (Ryan) Johnson, Robert 'Robbie' Yancy, Brion Yancy, Mark Hicks, Christy Christman and Travis Coaley; 13 great grandchildren and four great-great grandchildren; one sister Hiroko Maeda from Osaka Japan. Katie is preceded in death by her parents Yoshizo and Kimi Kikuko; one brother Yoshio Kikuoka; one sister Kyoko Ota and her ex-husband Jim Smith. A host of family and friends survive Katie. Katie worked for the International Shoe Company factory in Sikeston until 1975. She then went to work for Floresheim Shoe Company in Cape Girardeau Missouri until she retired in 1984. In May of 1984, Ikuko achieved a major life accomplishment by becoming a naturalized U.S. citizen. This is something she was very proud of. Katie's life was filled with family and friends who thought the world of her. She was a sweet and lovable person to everyone that she met. She will be missed by many.
To order memorial trees or send flowers to the family in memory of Katie Smith, please visit our flower store.