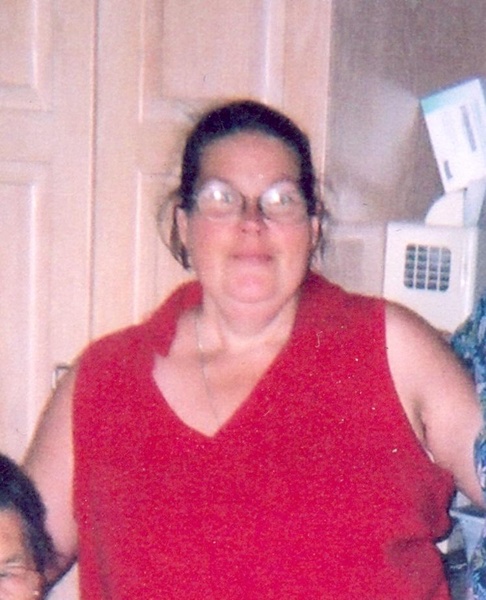 Katteena "Tina" Borders, daughter of the late George Edward and Flo Magnolia Cawhorn Plunk, was born in Marston, Missouri on April 5, 1968, and passed away at the Southeast Missouri Hospital in Cape Girardeau, Missouri on February 9, 2017, at the age of 48 years, 10 months and 4 days. Mrs. Borders had lived in the Dexter area all of her life. She had attended the Lighthouse Christian Center in Dexter. On January 29, 1993, she married Johnny Dean Borders in Dexter, Missouri. Surviving are her husband, Johnny Dean Borders of Dexter; two brothers, J. W. Wade, Jr. of Moore, Oklahoma, Gary Wade of Blytheville, Arkansas; one sister, Diane Keirsey of Bloomfield, Missouri; two step-brothers, Joe Plunk of Kentucky and Ed White of Wisconsin; a special nephew, Carey Sheppard of Dexter. Other relatives and friends also survives. She was preceded in death by one brother, Ben Plunk. Friends may call on Sunday, February 12, 2017, from 5:00 to 8:00 p.m. at the Watkins & Sons Funeral Home in Dexter, Missouri. Funeral services will be held on Monday, February 13, 2017, at 1:00 p.m. at the Watkins & Sons Funeral Home in Dexter, Missouri with the Rev. ????Tim Russell of Dexter officiating. Interment will be in the Hagy Cemetery in Dexter, Missouri with Watkins & Sons Funeral Service of Dexter, Missouri in charge of arrangements.
To order memorial trees or send flowers to the family in memory of Katteena "Tina" Borders, please visit our flower store.