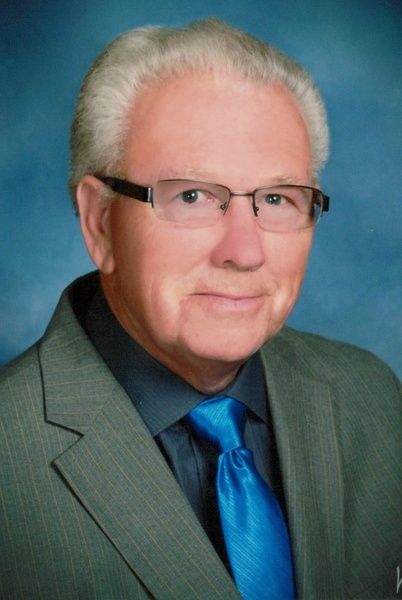 Brother Kenneth Wayne Biggs of Dexter, Missouri was born to the late Raymond Abner and Thelma Ruth Ann Feeler Biggs on June 23, 1940 in Henryville, Indiana and passed away on August 11, 2021 in his home surrounded by his family, at the age of 81 years. Brother Kenneth had been a resident of Dexter, Missouri the last 28 years while he was the Pastor of the First General Baptist Church.  He was the President of the Ministerial Alliance, he was a board member for the Stoddard County Gospel Mission and a Chaplain for Hospice.  He was in the Ministry for 54 years.  At the age of 62, he and his wife Doris, took in their first foster child and later adopting 2 additional children.   Brother Kenneth married Doris Mae Elkins on June 26, 1964 in Memphis, Indiana. Surviving Kenneth is his wife Doris Biggs; three sons Ken Biggs (Kris) of Mauckport, Indiana, Michael Blankenship of Dexter, Missouri and Trevor Biggs of Dexter, Missouri; two daughters Cyndra Biggs of Dexter, Missouri and LaKesha Biggs of Dexter, Missouri; two grandchildren Kristen Lanoue of Memphis, Indiana and Kelsey Biggs of Austin, Indiana; four great grandchildren Cheyenne, Aspen, Rylee and Killian Lanoue; two sisters Marilyn Coats of Salem, Indiana and Janice Coats of Austin, Indiana.  Kenneth was preceded in death by his parents Raymond and Thelma Biggs; three brothers Morris Biggs, Michael Biggs and Keith Biggs and one sister Phyllis Sheets.  A host of family and friends also survive. Visitation will be held on Friday August 13, 2021 from 1:00 p.m. to 9:00 p.m. and on Saturday August 14, 2021 from 9:00 a.m. to 1:00 p.m. at the First General Baptist Church in Dexter, Missouri. Services will be Saturday August 14, 2021 at 1:00 p.m. at the First General Baptist Church in Dexter, Missouri with Rev. Dean Williams officiating. Interment will be at a later date with Watkins and Sons Funeral Service of Dexter, Missouri in charge of arrangements.
To order memorial trees or send flowers to the family in memory of Kenneth Biggs, please visit our flower store.