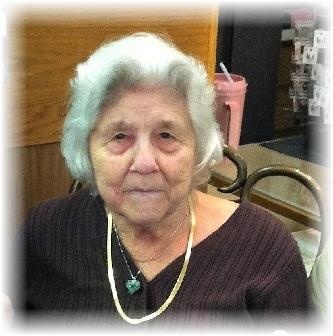 Lillian W. Orton, daughter of the late Winford Dudley and Maude Ann Menley Christian, was born in Essex, Missouri on May 13, 1935, and passed away at the Poplar Bluff Regional Medical Center in Poplar Bluff, Missouri on May 7, 2016, at the age of 80 years, 11 months and 24 days. Lillian had lived in Dexter most of her life and in Poplar Bluff the past four years. She had worked in home health for many years. Surviving are eight children, Linda Menley of Calvert City, Kentucky, Debria "Deb" Ballard of Poplar Bluff, Missouri, Susan Burns of Pascola, Missouri, Steven Orton of Wenatchee, Washington, Ronda Merriman of Malden, Missouri, Tena Davis, Randy Orton, and Shannon Noall all of Dexter, Missouri; twenty-three grandchildren; thirty-seven great grandchildren; seven great great grandchildren; and one sister, Irene Leek of Flint, Michigan. Other relatives and friends also survive. She was preceded in death by one daughter, Diane Orton, one son, Dale Orton, four brothers and three sisters. Friends may visit on Tuesday, May 10, 2016, from 5:00 to 8:00 p.m. at the Watkins and Sons Funeral Home in Dexter, Missouri. Funeral services will be held on Wednesday, May 11, 2016, at 11:00 a.m. at the Watkins & Sons Chapel in Dexter, Missouri. Interment will follow in the Hagy Cemetery in Dexter, Missouri. Watkins & Sons Funeral Home in Dexter, Missouri in charge of all arrangements.
To order memorial trees or send flowers to the family in memory of Lillian W. Orton, please visit our flower store.