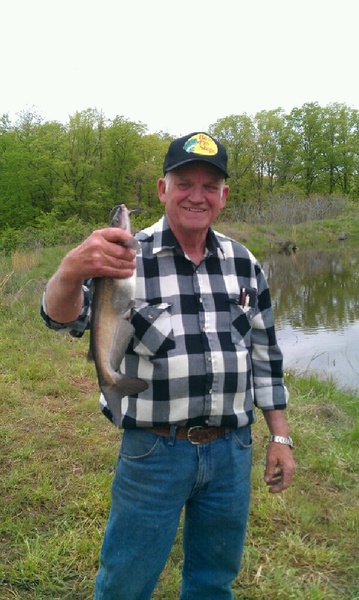 Lonnie Darrel Moss Lonnie D. Moss, 75, of Wappapello, MO, passed peacefully while sleeping on June 19, 2022. Lonnie was born to Fred and Jewell Moss in Wappapello, MO, on December 8, 1946. After graduating from Puxico High School in 1965, Lonnie soon enlisted in the United States Air Force where he served, both stateside and abroad, for four years. While in high school Lonnie met the love of his life and late wife, Shirley (Hicks) Moss. They were united in marriage on January 2, 1966. Lonnie and Shirley enjoyed many years with their nieces and nephews before welcoming their beloved son, Lesslie, after many years of marriage. Following his military service, Lonnie and Shirley called Puxico, MO, home for several years and he was an entrepreneur building tanks and wood heating stoves at H & H Manufacturing. Lonnie and Shirley then moved to the Cape Girardeau, MO, where he worked for Jim Wilson, Co. for several years before retiring. After retirement, Lonnie's entrepreneurial spirit was revived with his pneumatics businesses, Heartland Pneumatics and LDM Equipment, which he owned and operated for several years. Lonnie enjoyed spending time hunting, fishing, and visiting with friends at the Wappapello VFW post 3416. Lonnie especially enjoyed his Friday nights at the "V" playing Queen of Hearts. Lonnie's most loved pastime was visiting with his family, especially with his son and Lesslie's sweetheart Melissa. Lonnie was an uncle to many nieces, nephews, great-nieces, and great-nephews, all of whom he loved dearly and became known as "Uncle Money" when a great-niece mispronounced Lonnie saying money instead. Lonnie is survived by his son Lesslie Moss (Melissa Taylor) of Charleston, MO; his sister, Janet (James) Smith of Rochester, WA; his sister-in-law Carolyn (Terry) Taylor of Dexter, MO; as well as many nieces and nephews. He was preceded in death by his wife; his parents; and two brothers, Carroll Moss and Connie Moss. Visitation services will be held at Watkins Funeral Home in Puxico, MO, on June 29thfrom 10:00 am-11:00 am with a memorial service beginning at 11:00 am. Watkins and Sons Funeral Service info@watkinsfuneralhome.com or phone 573-624-3548
To order memorial trees or send flowers to the family in memory of Lonnie Darrel Moss, please visit our flower store.