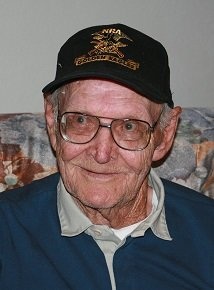 Dean had lived in Fisk before moving to Poplar Bluff. He had worked as a hat dipper at the Paramount Hat Wear company and attended the Star Community Church near Fisk. He enjoyed fishing, working in the yard, and fixing things. He served in the US Army.

Visitation will be held on Thursday, March 28, 2019, after 11:00 am until time of services at 1:00 pm at the Watkins & Sons Funeral Home in Dexter with Scott Wilkerson of Poplar Bluff, Missouri officiating.

Interment will follow in the Caroline Dowdy Cemetery near Dexter with Watkins & Sons Funeral Service of Dexter in charge of arrangements.

To order memorial trees or send flowers to the family in memory of Louis Dean Borders, please visit our flower store.