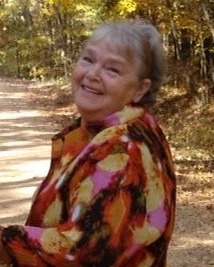 Mary Ruth Hicks  84 of Essex, Missouri, passed from this life on Monday November 28, 2022, at her home.
The daughter of the late Cyrel Herbert George and Thelma Louise Williams was born on October 8, 1938, in Stoddard County Missouri.
She was a member of the Beech Grove General Baptist Church in Bloomfield, Missouri.  She loved to quilt, cross stitch and do embroidery work, cook meals for her family, and planned and coordinated all the family holidays and reunions. She also enjoyed reading and especially solving cross word puzzles.
On Feburary 16, 1957, she was married to Ollie Clifford Hicks in Circle City, Missouri, remaining married until her passing.
She is survived by her husband of the home;  two sons and four daughters,  Garry (Evelyn) Hicks of Woodward, Oklahoma, Peggy  Hicks of Dexter, Missouri, Terry Hicks of Piedmont, Missouri, Teresa (Mike) Lambert of Bloomfield, Missouri, Kathy (Dane) Robinson of Lawrence, Kansas and Donna Hicks of Cape Girardeau, Missouri. Fifteen grandchildren, twenty great grandchildren and two great great grandchildren as well as a host of family and friends.
She was proceeded in death her parents; several brothers and one sister; one son, Stevan Dale Hicks and a loving Aunt Goldie Pry who had raised her from an early teen to adulthood.
Visitation services will be held Thursday, December 1, 2022, from 5:00 P.M. to 8:00 P.M.
Funeral service will be held at 12:00 P.M. on Friday, December 2, 2022, at the Watkins And Sons Funeral Chapel in Dexter, Missouri, with Brother Rick Roberts officiating.
Interment will follow at the Chalk Bluff Cemetery in Dexter, Missouri, with  Watkins and Sons Funeral Home of Dexter is in charge of  arrangements.
In lieu of flowers, the family requests donations be made to the St. Jude's Children's Research Hospital in her memory.
Watkins and Sons Funeral Service

To order memorial trees or send flowers to the family in memory of Mary Ruth Hicks, please visit our flower store.