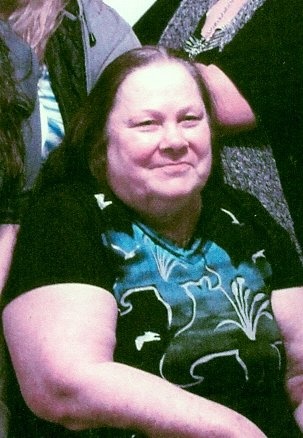 Mary S. Richardson of Dexter, daughter of the late Paul Everett St. Cin and Della Juanita Marqis, was born in Bell City, Missouri on January 12, 1950, and passed away at the Poplar Bluff Regional Medical Center in Poplar Bluff, Missouri on March 14, 2020, at the age of 70 years 2 month and 2 days. She owned her own house cleaning business. She lived most of her life in Dexter, Bell City Areas. She was of the Christian faith. Surviving are her; four daughters Dixie Mitten (Trea) of Jackson, Missouri, Annalee Richardson of Warrensburg, Missouri, Beverly Scott and Cathy Garner (Nick) both of Dexter; eleven grandchildren, twenty-three great grandchildren; two brothers Donnie St. Cin of Michigan, Phillip St. Cin of Dexter; one sister Ann Reed of Dexter. Other relatives and friends survive. She was preceded in death by her parents, two sisters , two brothers, and two great grandchildren. . Visitation will be held on Wednesday, March 18, 2020, from 11:00 am to 2:00 pm Memorial Services will be held Wednesday, March 18, 2020, at 2:00 pm at the . Watkins & Sons Funeral Service of Dexter in charge of arrangements. Online condolences may be sent to the family at www.watkinsfuneralhome.com Watkins & Sons Funeral Service info@watkinsfuneralhome.com or phone 573-624-3548
To order memorial trees or send flowers to the family in memory of Mary Sue Richardson, please visit our flower store.