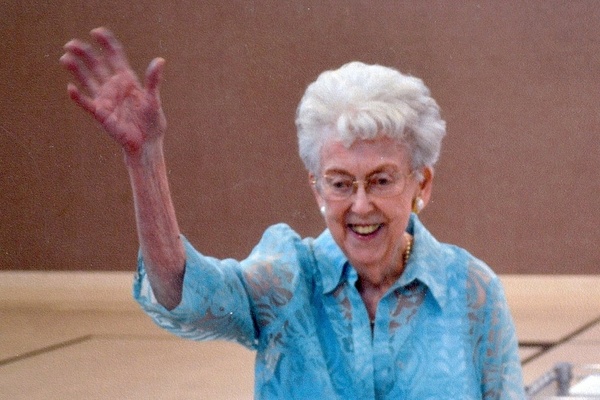 Maxine Daniel of Dexter, daughter of the late Leslie Harrison and Frona Francis Stuart, was born in St. Louis, Missouri on March 24, 1924, and passed away at the Winchester Nursing Center in Bernie on September 19, 2019, at the age of 95 years, 5 months and 26 days.

She had lived in Dexter most of her life. She had worked as a bank teller and Bookkeeping Dept. Supervisor and as a caseworker with the Stoddard County Family Service office. She was a member of the First Christian Church in Dexter where she had taught youth and adult Sunday School, sang in the choir, and was a member of the Christian Women's Fellowship, Church Women United and the second woman elected to serve as an Elder at the church. She had also served on the Keller Library Board for nine years and was a member of Chapter CP B.P.O. She enjoyed cooking and entertaining her friends and family, painting, needlework, word games and crossword puzzles.

Interment will follow in the Dexter Cemetery in Dexter, Missouri with Watkins & Sons Funeral Service of Dexter in charge of arrangements.

Memorials may be made to the First Christian Church Building Fund, P O Box 295, Dexter, Missouri 63841.

To order memorial trees or send flowers to the family in memory of Maxine Daniel, please visit our flower store.