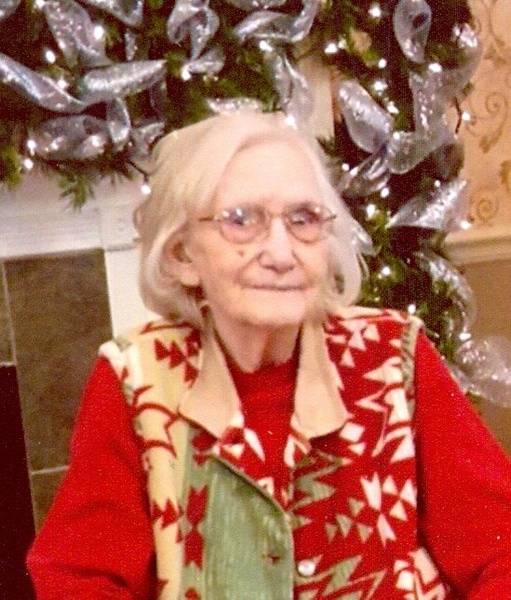 Melba Ruth Christian of Dexter, was born March 23, 1936, to Bluford Roy and Maggie Lena Dillard Warren in Randolf, Mississippi and passed away at the Cypress Point Skilled Nursing Center in Dexter on October 20, 2017, at the age of 81 years, 6 months and 27 days. She had lived in the Essex and Dexter area all of her adult life. On January 15,1953, she married Lotes Lee Christian, in Piggott, Arkansas. He preceded her in death on January 5, 1995. Surviving are four daughters, Sandra Davison, of  Dexter,  Vicky Eaves of Bloomfield, Johnny Eaves of Bernie, and Betty & Bill Fischer  of Dexter, Carolyn & Ron Temples of Dudley; four sons, Carl Christian, Bobby & Donna Christian, and Paul Christian all of Dexter; Gary Christian of Sikeston;  18 grandchildren; 20 great grandchildren; 1 great great granddaughter;  two  brothers Grover Warren of Randolf, Mississippi, and Trubert Warren, of Houlka, Mississippi. Other relatives and friends also survive. She was preceded in death by  two brothers David and Douglas Warren, three sisters Ora Lee Clements, Martha Jo Christian, and Doris Palmer. Visitation will be held on Tuesday, October 24, 2017, after 11:00 a.m. until time for services at 1:00 p.m. at the Watkins & Sons Funeral Home in Dexter with Rev. Dennis Ward of Poplar Bluff officiating. Interment will be in the  Hagy Cemetery in Dexter, Missouri with Watkins & Sons Funeral Service of Dexter in charge of arrangements.

To order memorial trees or send flowers to the family in memory of Melba Ruth Christian, please visit our flower store.