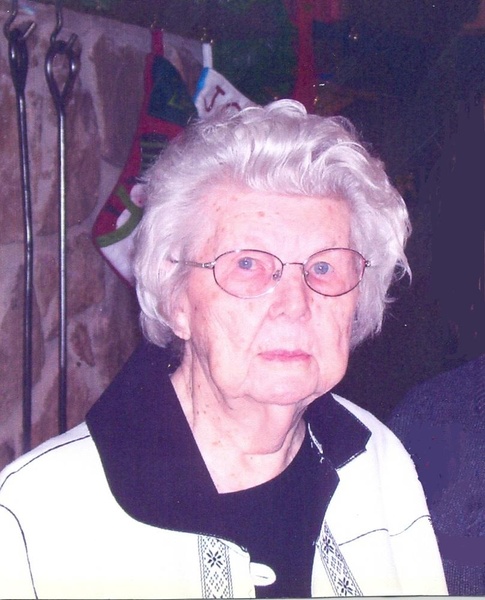 Melba J. Sherfield of Dexter, daughter of the late Willie Aubrey and Grace Chasteen Fulkerson, was born in Bloomfield, Missouri on August 15, 1921, and passed away at Cypress Point Skilled Nursing Center in Dexter on January 8, 2017, at the age of 95 years, 4 months and 24 days. She had lived in the Dexter area all her life. She was a proud homemaker and a member of the Methodist faith. On September 4, 1947, she married Norman "Toby" Sherfield in Piggott, Arkansas. He preceded her in death on June 9, 2002. Surviving are three sons & wives, Roy & Maria Sherfield, Ronnie & Marlene Sherfield all of Dexter, David & Kim Sherfield of Essex; three daughters & husbands, Barbara & Eddie Hill, Dena Lyons all of Dexter, Norma & David Corlew of Advance, ten grandchildren; several great grandchildren and great great grandchildren. Other relatives and friends also survive. She was preceded in death by one son, Terry Sherfield and one grandson, Bryan Lee Sherfield; one daughter Verna Jane Hampton. Services will be held Tuesday, January 10, 2017, at 2:00 p.m. at the Watkins & Sons Chapel in Dexter with Rev. Roy Sherfield officiating with Watkins & Sons Funeral Service of Dexter in charge of arrangements. Interment will follow in the Hagy Cemetery in Dexter.
To order memorial trees or send flowers to the family in memory of Melba J. Sherfield, please visit our flower store.