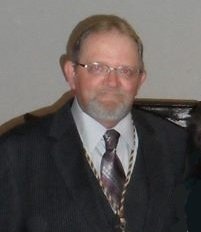 Mike McCollum of Dexter, son of Joyce Lee McCollum Matney, was born on October 25, 1956, in St. Louis, Missouri and passed away at the Southeast Hospital in Cape Girardeau on October 8, 2018, at the age of 61 years, 11 months and 13 days.

He had lived most of his life in the Bloomfield and Dexter area. Mike was a truck driver and worked for WW Wood Products in Dudley, Missouri. He was a member of the Masonic Lodge and enjoyed riding motorcycles.

Interment will follow in the Walker Cemetery in Bloomfield, Missouri with Watkins & Sons Funeral Service of Dexter in charge of arrangements.

To order memorial trees or send flowers to the family in memory of Mike Kevin McCollum, please visit our flower store.