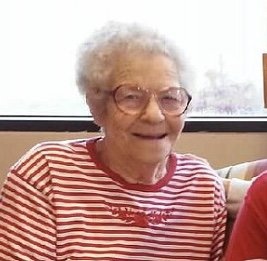 Mildred Louise McRoy of Bloomfield, daughter of the late James H. and Comilla Tedder Bowling, was born in Cooter, Missouri on June 12, 1928, and passed away at the Southeast Health Center of Stoddard County in Dexter, Missouri on February 20, 2018, at the age of 89 years, 8 months and 8 days.

Mrs. McRoy had lived in Bloomfield, Missouri most of her life. She had attended the Baptist Church.

Visitation will be held on Friday, February 23, 2018, after 11:00 am at the Chiles-Cooper Funeral Home in Bloomfield until time for services at 1:00 pm at the funeral home with the Rev. Dwight Hensley of Bloomfield officiating.

To order memorial trees or send flowers to the family in memory of Mildred Louise McRoy, please visit our flower store.