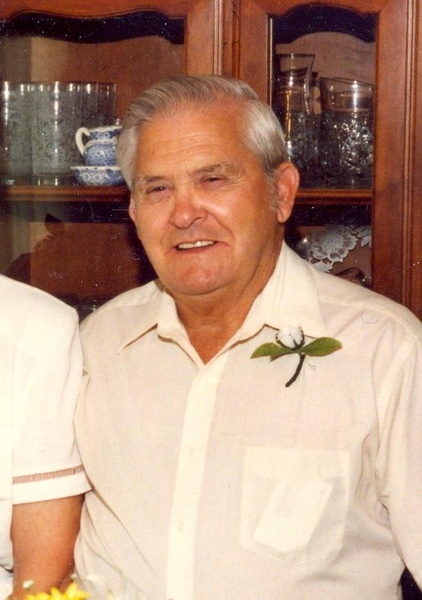 Norman Cleo Roberts of Dexter, son of the late Otto Henry and Rhoda Samantha Flannigan Roberts, was born in Knobel, Arkansas on March 1, 1927, and passed away at the Southeast Missouri Hospital in Cape Girardeau on November 6, 2016, at the age of 89 years, 8 months and 5 days. Norman lived in Essex for many years, moved to Dexter in 1993. He served in the US Army, was a farmer and a member of the St. Joe General Baptist Church in Idalia, serving as a deacon for many years. On August 20, 1946, he married Wandalee Walker in Dexter, Missouri. Surviving are his wife, Wandalee Roberts of Dexter; three sons and wives; Rodney & Annette Roberts of Lithia, Florida, Larry & Elaine Roberts of Dexter; Rickie & Gloria Roberts of Ozark, Missouri; two daughters and husbands, Norma & Mike Patterson of Bloomfield, Sandra & James Cooper of Hollister, Missouri; nine grandchildren; seven great grandchildren; three brothers, Johnie Roberts of St. Peters, Frank Roberts of Jackson, Darel Roberts of Cape Girardeau; three sisters, Geneva Hessling and Louise Ayers both of St. Louis and Juanita Ohnimus of Kansas City. Other relatives and many friends also survive. Also preceded in death by four brothers, Otto, Glen, Carl and Harold Roberts; and one sister, Betty Chitwood. Friends may visit on Saturday, November 12, 2016, after 11:00 a.m. until time of services at 1:00 p.m. at the Watkins & Sons Funeral Home in Dexter, Missouri. Rev. Greg Stevens of Bloomfield officiating and Rev. Ronnie Stevens of Bloomfield assisting. Interment will follow in the Bloomfield Cemetery in Bloomfield, Missouri with Watkins & Sons Funeral Service of Dexter, Missouri is in charge of arrangements.
To order memorial trees or send flowers to the family in memory of Norman Cleo Roberts, please visit our flower store.