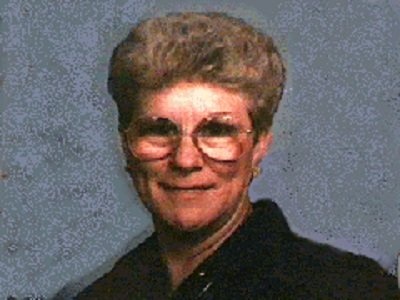 Patricia "Sissie" Shaw of Malden, daughter of the late Herman Eli and Minnie Jo Beasley Weldon, was born in Gideon, Missouri on November 13, 1947, and passed away at the Southeast Heath Center in Dexter, Missouri on April 30, 2018, at the age of 70 years, 5 months and 17 days.

Patricia had lived in the Malden area most of her life. She had been a cook at the Malden Nurtrition Center and was a member of the American Legion Ladies Auxiliary.

Surviving are her husband, David William Shaw, Jr. of Malden; two sons, Kirk Andrew Walker and Randall Earl Walker both of Malden; two step-children, Sue Ann Rule of Flint, Michigan, David Louis Shaw of Grand Blanc, Michigan; 15 grandchildren; many great grandchildren; one brother, Terry Weldon of Akron, Ohio. Other relatives and many friends also survive. In addition to her parents she was preceded in death by one brother, Jackie Weldon, one step-daughter, Rita Shaw, and one step-son, Dale Richard Shaw

Private Family Memorial services will be held at a later date with Watkins & Sons Funeral Service of Dexter in charge of arrangements.

To order memorial trees or send flowers to the family in memory of Patricia Ann Shaw, please visit our flower store.