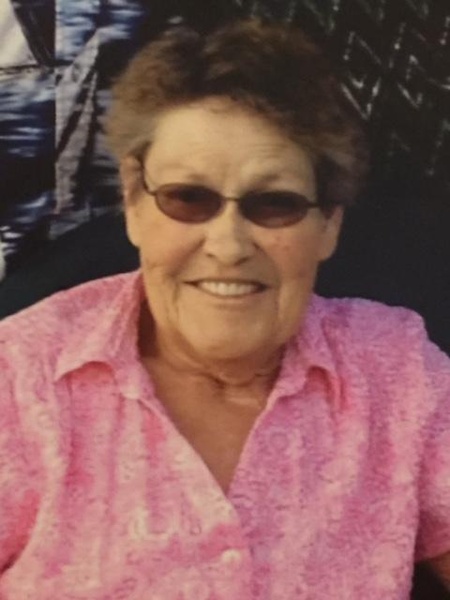 Phyllis Joan Hayden of Dexter, daughter of the late Lloyd Hodge and Virginia Dorothy Moore Lutes, was born in Parma, Misouri on October 9, 1946, and passed away at her home in Dexter, Missouri on March 9, 2017, at the age of 70 years and 5 months. She had lived in Southeast Missouri most of her life and in Dexter the past forty years. She had attended the Apostolic Pentecostal Church in Dexter and was retired from Elders Manufacturing. In 1970 she was married to Bobby Gene Hayden in Morehouse, Missouri. Surviving are her husband, Bobby G. Hayden of Dexter; three grandchildren, Kara Lynn Richie, Bailey Richie and Joe Thurston; five great grandchildren; four brothers, David Will Wasbutsky and Robert Sylvester Lutes both of Dexter, Johnny Wasbutsky of Parma, Carl Joseph Wasbutsky of W. Paducah, Kentucky; three sisters, Sandra Diannia Landers and Lorrie Ann Kimball both of Dexter and Monica Rene Wasbutsky of Branson. Other relatives and many friends also survive. In addition to her parents she was preceded in death by one son, Carl Jeffery Richie and one brother, Julius Wayne Wasbutsky. Visitation will be Saturday, March 11, 2017, from 11:00 a.m to 1:00 pm at the Watkins & Sons Funeral Home in Dexter, Missouri. Funeral service will follow at 1:00 p.m. in the chapel with Rev. Dale Holman of Advance officiating. Interment will be in the Hagy Cemetery in Dexter, Missouri with Watkins & Sons Funeral Service of Dexter, Missouri in charge of arrangements.
To order memorial trees or send flowers to the family in memory of Phyllis Joan Hayden, please visit our flower store.