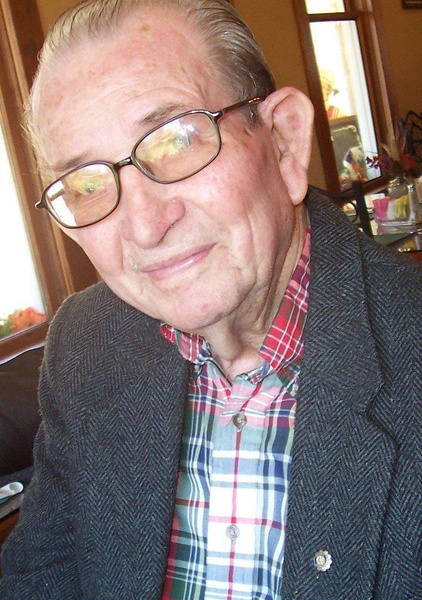 Rev. Wiley McGhee, son of the late James Monroe and Lillie Frances Julian McGhee, was born in Bloomfield, Missouri on January 13, 1913, and passed away at the Puxico Nursing and Rehab Center in Puxico, Missouri on May 3, 2016, at the age of 103 years, 3 months and 20 days. Mr. McGhee was a retired minister and had pastored in Gainesville, Missouri for many years. He returned to Puxico in 1978 and pastored the Puxico Christian Church until his retirement. He had been active in the Rotary Club, the Masonic Lodge, the Eastern Star and had worked with the Red Cross. On July 1, 1933, he married Lydia Pansy Parmenter in Bloomfield, Missouri. She preceded him in death on March 11, 2001. Surviving are one daughter & husband, Ann & Grady Smith of Puxico, Missouri; two sons & wife, James & Kathy McGhee and Randy McGhee all of Jefferson City, Missouri; five grandchildren; several great & great great grandchildren; sister, Rita Ferguson of Dexter; and brother, Paul McGhee of Dexter. Other relatives and many friends also survive. He was preceded in death by a granddaughter, Andrea Smith; sister, Marie Peck; and two brothers, Tom & John "Cotton" McGhee. Friends may call on Friday, May 6, 2016, from 6:00 to 8:00 p.m. at the Watkins & Sons Funeral Home in Puxico, Missouri. Masonic services to be held at 7:00 p.m. Funeral services will be held on Saturday, May 6, 2016 at 10:00 a.m. at the Watkins & Sons Chapel in Puxico, Missouri with Richard Lamb officiating. Interment will follow in the Puxico Cemetery in Puxico, Missouri with Watkins & Sons Funeral Service of Puxico, Missouri in charge of arrangements.
To order memorial trees or send flowers to the family in memory of Rev. Wiley McGhee, please visit our flower store.