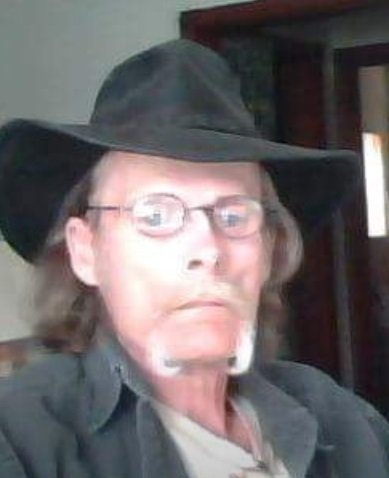 Robert "Cowboy" Still of Dexter, son of the late Clarence Robert and Alice Marie Gockley Still, was born on September 1, 1954 in Landstuhl Germany, and passed away at Willow creek Nursing and Rehabilitation in Belleville, Illinois on October 11, 2017, at the age of 63 years 1 month and 10 days. Robert had lived in Dexter, for many year he also lived in Florida, and Virginia, he liked to play games on play station and he like tinkering with cars. Surviving are, one son Andy Still of Illinois; one daughter Jane Marie Still of Illinois; two brothers and wife  Patrick & Christine Still of Dexter, Gary Still of Missouri; one sister, Carol Brazil of Charleston, North Carolina; one grandchild. Other relatives and many friends also survive. He was preceded in death by two sisters. Friends may call on Tuesday, October 17, 2017, from 11:00 to 2:00 p.m. at the Watkins & Sons Funeral Home in Dexter. Services will be held on Tuesday, October 17, 2017 at 2:00 p.m. at the Watkins and Sons Chapel in Dexter, Missouri with Bro. Lonnie Migtag  of Dexter officiating. Memorials may be made to Watkins and Sons Funeral Home to help with funeral expenses.

To order memorial trees or send flowers to the family in memory of Robert Dale Still, please visit our flower store.