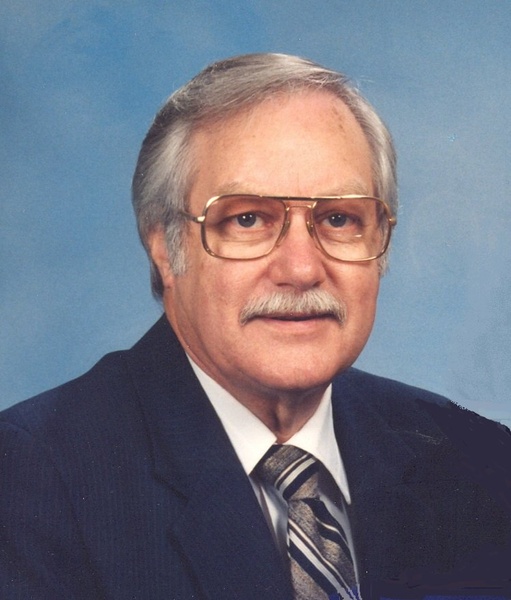 Thomas Allen Crowe, son of the late Cecil and Mildred Patterson Crowe was born August 20, 1928 at Powe, Missouri and passed away at the age of 91, December 14, 2019 at his home in Dexter.

Mr Crowe was united in marriage to Nadine Douglas on September 8, 1950. Mrs. Crowe survives of the home in Dexter. Besides his wife, he is sirvived by two children, a daughter, Terri Ann and husband Dean Bennett, and a son Michael Crowe, also of Dexter. He is also survived by one granddaughter, Shannon and husband Scott Schaefer of Columbia, Missouri, and one great granddaughter, Lillian Adele Schaefer. He was preceaded in death by his brother, Bob Crowe and one sister, Carol Ann Crowe.

Mr Crowe attended school in Dexter. He served as a jet mechanic in the Air Force during the Korean Conflict. Mr Crowe then moved his family to California where he attended college. After moving back to Dexter, he began work at Citizen's Bank. He was a graduate of the Memphis School of Banking. He then managed Superior Loan Corporation in Poplar Bluff, and later moved his family to Caruthersville, Missouri where he served as Executive Vice President and Chief Operating Officer for the First National Bank until his retirement. Upon retiring and relocating his family back to Dexter he performed property appraisals as an employee of First Commercial Bank and served for a period on their Board of Directors.

Mr Crowe was very active in civic and local affairs. He was in the Lions International for 30 years where he received the Outstasnding Presidents award. He was on the Caruthersville Housing Authority and was Commissioner. He was a member of the American Legion, an active member and past board member of the First Baptist Church, was instrumental in getting the Special School for the Handicapped in Braggadocio, on the Urban Renewal Board. He served as the Red Cross Service to family Members contact for 16 years. He was Director of the Retail Merchants Assn for 4 years. He was also on the Missouri Community Betterment Board, Northeast Arkansas Computer Center Board. He received the Boy Scouts of America-Southeast Missouri Council Award for rendering service to his community. He was also selected as Outstanding Community Leader by the Caruthersville Chamber of Commerce. Mr. Crowe was also a yearly guest speaker at the high school on peronal finance and banking.

Mr. Crowe spent his life serving his community, church, friends,and family and will be missed by all who were graced by his Christian countinence and kindness.

Burial will be in the Missouri Veteran's Cemetery in Bloomfiled with full military rites. Watkins & Sons Funeral Service in charge of arrangements.

To order memorial trees or send flowers to the family in memory of Thomas Allen Crowe, please visit our flower store.