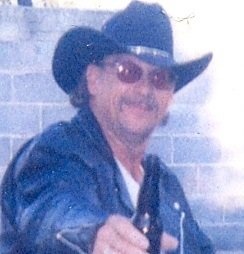 Vincent "Vince" Noland of Bloomfield, son Shirley Burns Campbell and the late Donald Merlen Noland, was born in Dexter, Missouri on January 15, 1959, passed away at his home in Bloomfield on April 27, 2018, at the age of 59 years, 3 months and 12 days.

Vince had lived in the Bloomfield area most of his life. He had been a truck driver since 1983. He enjoyed being on the road or being at home with his family.

He was engaged to Sherrie Kathey, she survives of the home.

Surviving are his mother & "Dad", Shirley Burns Campbell & Lon of Bloomfield; one son, Christopher Hicks of Dexter; one daughter, Hailey Noland of Miami, Florida; three grandchildren; two sisters, Donna O'Neal of Campbell and Kim Nevels of Dexter. Other relatives and friends also survive. He was preceded in death by one brother, Gordon Noland.

To order memorial trees or send flowers to the family in memory of Vincent Noland, please visit our flower store.