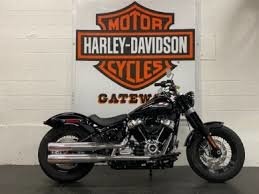 Virgil Leo Mace of Bloomfield, Missouri was born to the late Austin William and Cozett Layton Mace on March 10, 1948 in Essex, Missouri and passed away on January 5, 2021 in Bloomfield, Missouri. Virgil had been a resident of Stoddard County, Missouri. He worked as a welder and was a mechanic, and enjoyed riding motorcycles. Surviving are his children and spouses, son William Leo (Mary Lou) Mace of Bloomfield, Missouri; one daughter Julia (Chuck) Williams of East Prairie, Missouri; four grandchildren and five great grandchildren; A host of family and friends also survive. Virgil was preceded in death by his parents, two brothers, one sister, one son Timothy Mace and one grandson John Carter. A host of family and friends also survive. Memorial visitation will be held on Saturday January 9, 2021 at 1:00 p.m. the Watkins and Sons Funeral Home in Bloomfield.
To order memorial trees or send flowers to the family in memory of Virgil Leo Mace, please visit our flower store.