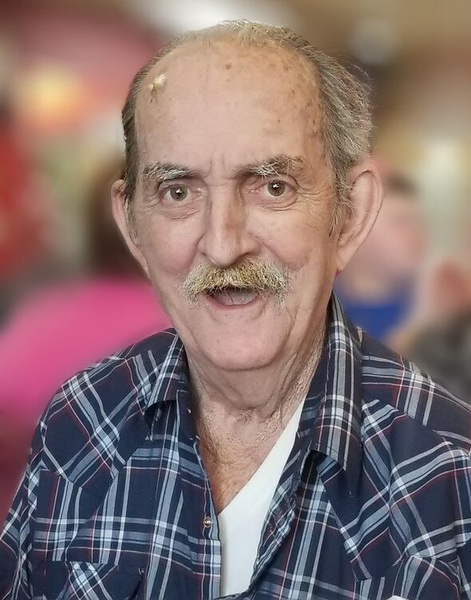 Wesley Louis Grim of Bloomfield Missouri, son of the late Oshel Gilbert Grim and Ida Alice (Brookshire) Grim born on January 09,1944 in Weatherford, Oklahoma passed away on June 05, 2022 in Bloomfield, Missouri at the age of 78. He lived in the Bloomfield area most of his life. After High School, Wes joined the U.S. Airforce and served our country in the Vietnam War as a Sargeant. After his service, Wes obtained his Bachelor's Degree in teaching at Missouri State University and went on to teach at the Missouri School for the blind, and various other schools throughout his career. Wes enjoyed crafting with leather, woodworking, hunting and fishing. He also collected trains, model airplanes and was an artist. Wes was a member of the First General Baptist Church in Bloomfield, Missouri and was a man who never met a stranger. He would share his love his love for God and scripture with all who would listen. Wes married Mary Ruth Marshall on December 22, 1994 in Bloomfield, Missouri. Wes is survived by his wife Mary Ruth Grim of the home; one son James Lemon of Muskogee, Oklahoma; two daughters Honor (Jamie) Warren of Dexter, Missouri and Mary Elizabeth (Jeffery) Marshall of Dexter, Missouri; eight grandchildren; one brother Weldon Grim of Bloomfield, Missouri. He is preceded in death by his parents Oshel and Ida Alice Grim; four sons; one grandaughter Hailey Elizabeth Marshall. A host of family and friends also survive. Visitation will be held on Thursday June 09, 2022 from 6:00 to 8:00 p.m. at the Watkins and Sons Funeral Home in Bloomfield, Missouri. Funeral Services will be held on Friday June 10, 2022 at 12:00 p.m. at the First General Baptist Church in Bloomfield, Missouri with Brother Greg Stevens of Bloomfield officiating and Watkins and Sons Funeral Home of Dexter in charge of all arrangements. In lieu of flowers, the family requests that donations be made to help disabled veterans in Wes's memory at www.dav.org. Watkins and Sons Funeral Service info@watkinsfuneralhome.com or phone 573-624-3548
To order memorial trees or send flowers to the family in memory of Wes Grim, please visit our flower store.