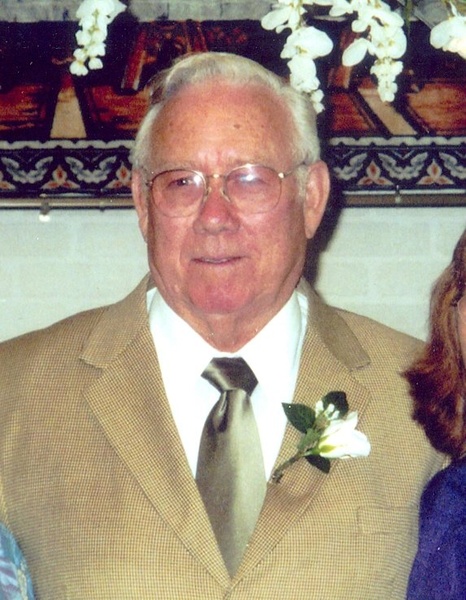 William Eugene Carver of McGee, son of the late William Franklin and Lillian Versie Walker Carver, was born March 11, 1931, in , Missouri and passed away at the V.A. Medical Center in Poplar Bluff on June 20, 2017, at the age of 86 years, 3 months and 9 days. He had lived in the Puxico and McGee areas all of his life. He had owned and operated Carver Pallet Mill and Carver Log Homes. He was a veteran of the U. S. Army and served during the Korean Confict, attended the Berrong Baptist Church near Gipsy and enjoyed mechanic work, restoring old tractors and liked to play dominos. On May 26, 1951, he married Nadine A. Hefner. She preceded him in death on March 12, 2003. On August 14, 2004, he married Dorothy Lemons in Zalma, Missouri. Surviving are his wife, Dorothy Carver of McGee; two daughters & husbands, Patsy & Richard Smith of McGee, Barbara & Butch Grasham of Trusdale, Missouri; four grandchildren; eleven great grandchildren; four sisters, Maxine Duniphan and Lucille Colbert both of Granite City, Illinois, Ada (Steve) Cobourn of Springfield, Illinois, and Eula Beck of St. Louis. Other relatives and friends also survive. He was preceded in death by one son, Gary R. Carver, one sister, Ruth Payne and two brothers, Earl & Jerry Carver. Friends may call on Thursday, June 22, 2017, from 5:00 to 8:00 p.m. at the Watkins & Sons Funeral Home in Puxico. Funeral services will be on Friday, June 23, 2017, at 11:00 a.m. at the Watkins & Sons Chapel with Rev. Lee Roy Hefner of McGee officiating. Interment will follow at the New Hope Cemetery near McGee, Missouri with Watkins & Sons Funeral Service of Puxico in charge of arrangements.

To order memorial trees or send flowers to the family in memory of William Eugene Carver, please visit our flower store.