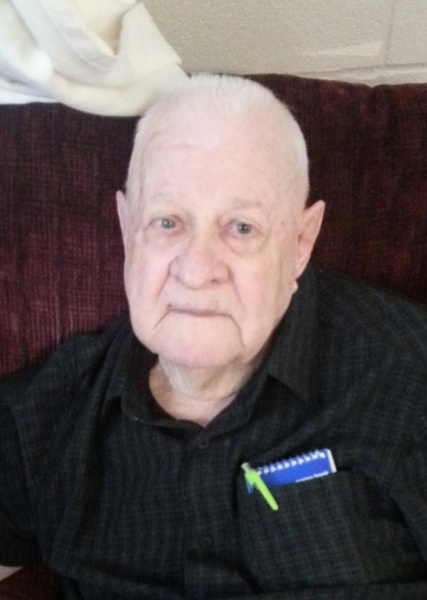 William Wesley Thompson, of Dexter, the son of the late John D. and Nora Thompson, was born in Hughes, Arkansas on September 12, 1927, and passed away at the Crowley Ridge Care Center in Dexter, Missouri on June 7, 2017, at the age of 89 years, 8 months and 26 days. Mr. Thompson had lived in Lawrenceburg, Tennessee before moving to Southeast Missouri. He had lived in the Dexter and Malden areas for more than 60 years. William was a veteran of the U. S. Army, serving during WW ll. He also loved music, gardening, fishing and remote controlled air planes. On December 21, 1947, he married Lillie Marie Allen in Etowah, Arkansas. Surviving are his wife, Marie Thompson of Dexter; one son & wife, Robert & Barbara Thompson of Collinsville Mississippi; three daughters & husbands, Lena McElrath, Shirley & Phillip Huett, Judy & Paul Fitzpatrick all of Dexter; eight grandchildren; seventeen great grandchildren; and thirteen great great grandchildren. Other relatives and many friends also survive. He was preceded in death by one daughter, Pamela Sue Thompson and one brother, Robert James Thompson. Friends may visit on Friday, June 9, 2017, from 10:00 a.m. 12:00 p.m. at the Watkins & Sons Chapel in Dexter. Graveside services will be held on Friday, June 9,  2017, at 12:00 p.m. at the  Missouri State Veteran's Cemetery in Bloomfield, Missouri with interment to follow. Memorials may be made to the Missouri State Veteran's Cemetery, 17357 Stars and Stripes Way, Bloomfield, Missouri  63825.

To order memorial trees or send flowers to the family in memory of William Wesley Thompson, please visit our flower store.